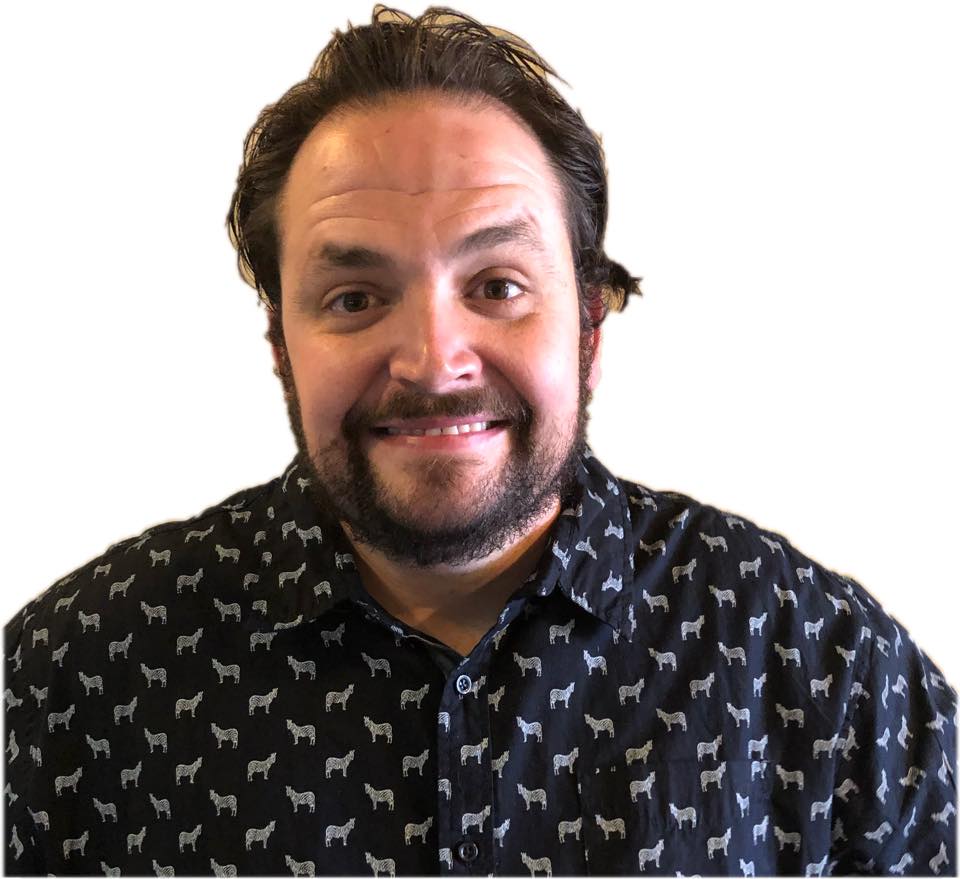 Chris Bennett is the host of The Morning Brew. He smells and definitely needs to lose some weight. His favorite movie is Steel Magnolias, and he has never been fishing. He finally grew a beard and became a man when he moved from Los Angeles to Show Low. And oh yeah, he has done stand-up comedy on Jimmy Kimmel Live!!

Dakota loves America, golden retrievers, and Little Debbie Snack Cakes. Not to mention Country Music! Having grown up in a tiny Oregon lakeside town, she knows what it’s like to go nuts, living out in The Sticks. She also appreciates that, out of all musicians, country artists make an effort to look attractive. Yep, she’s that shallow. Dakota has no cake-eating dwarves at home (kids), nor a spousal unit; but she does have a young orchid named Cleo, currently in full bloom. When she’s not on the air, Dakota moonlights as a Countdown Specialist: handling numbers 16 through 10. She plays Texas Hold ‘Em in her spare time, but is so bad at it that she gets taco sauce all over the cards; and loses so much, she has to pay people in turquoise jewelry. Give her a call sometime — don’t make her wait: she’ll start perspiring and frighten the neighborhood cats! The party’s off the hook! Weekdays at 9am – Noon, with Dakota LeAnn Summers.

Brian Douglas can be found doing just about everything he can outdoors. He also enjoys coaching his son’s tee-ball team and teaching him how to fish. He likes to get his heart going by running a mile or two every day—it’s his morning coffee! Brian has traveled extensively as well but after visiting over thirty countries his favorite place to go is still Vegas. He believes that machine will hit soon!

He lives with his wife and six year-old son, Jack.

Born in Texas and raised in Colorado and Alaska, Biscuit could not manage to keep his mouth shut at home or in school so it only made sense to set his sights on radio. From getting paid just to monitor the radio equipment, to promotional work, to producing then to an becoming an on-air personality Biscuit has been involved in almost every aspect of radio all out the pure fascination and love he has for music and radio. Biscuit loves interacting and entertaining people and truly believes he was born to make people smile and laugh so radio will always be a part of his life. 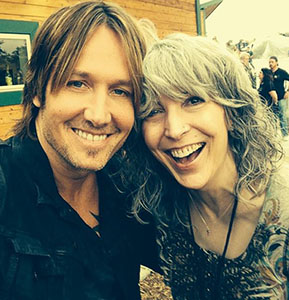 Penny Mitchell has been completely fascinated by the medium ever since she figured out the radio in her mother’s car didn’t have teeny little inch-high musicians hiding behind the dial. She’s from a long line of medical professionals and went into nursing upon graduating from high school. The thought of going into radio never even remotely crossed her mind, mostly because she had never heard a woman on the air. While in nursing school at Colorado State University/Pueblo she heard the new morning person at KILO FM and it was…a woman. The proverbial lightbulb went off. And lo, the world suddenly had one less nursing student and one more radio person. Penny’s parents never quite got over that. Penny’s first ever radio job was at a country station in Pueblo as the worst overnight jock in the universe. She has gratefully spent the majority of her 30+ years in radio working with country music, which possesses the nicest artists and BEST listeners! www.facebook.com/pennyonair Twitter: @pennyonair

Ryan Fox loves being on the radio. Not a day goes by that he does not consider himself blessed to have grown up in and around the radio business. His family once owned stations, and he has worked in radio since age 11. Since graduating from the University of Southern California, Ryan has entertained as a successful on air talent all across the country and is pumped to be here. In his spare time, he enjoys hanging out with his lovely wife Amber and his is 1 yr old baby boy Luke. You’ll also find him taking in new movies, and watching USC Football. Ryan enjoys attending church, spending time with family and friends, and wrestling with his fun-loving beagle-terrier, Max. He’s a big fan of everything ‘pop culture’, and it goes without saying Ryan LOVES Country Music! You can find him on Facebook at www.Facebook.com/RyanFoxNOW, on Twitter and Instagram @RyanFoxNOW, and check out his website at www.RyanFoxNow.com.